Niels Bohr was an atomic scientist, philosophically minded and one of a kind, as well as a family man. He was world-renowned in his time, hosted countless international congresses, and was a frequent guest at just as many around the world. His milestone birthdays were celebrated in Carlsberg’s honorary residence where he lived, and he was also a celebrity and a cultural figure who was invited to all sorts of official events.

This film collection encompasses Bohr’s entire life with regular portrait films, small reports, and some slightly shabby private footage. The three educational films about quantum physics offer a vivid and visual presentation of concepts which are quite hard to understand, which is exactly what the film medium can do.

Read the rest of the article below the videos 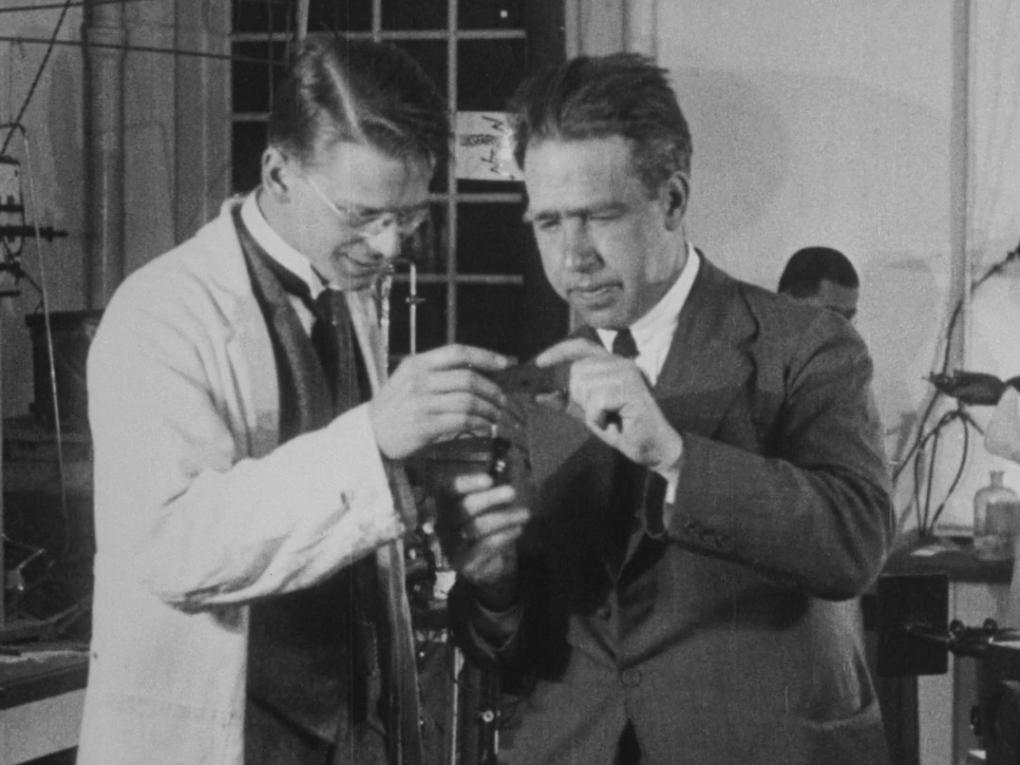 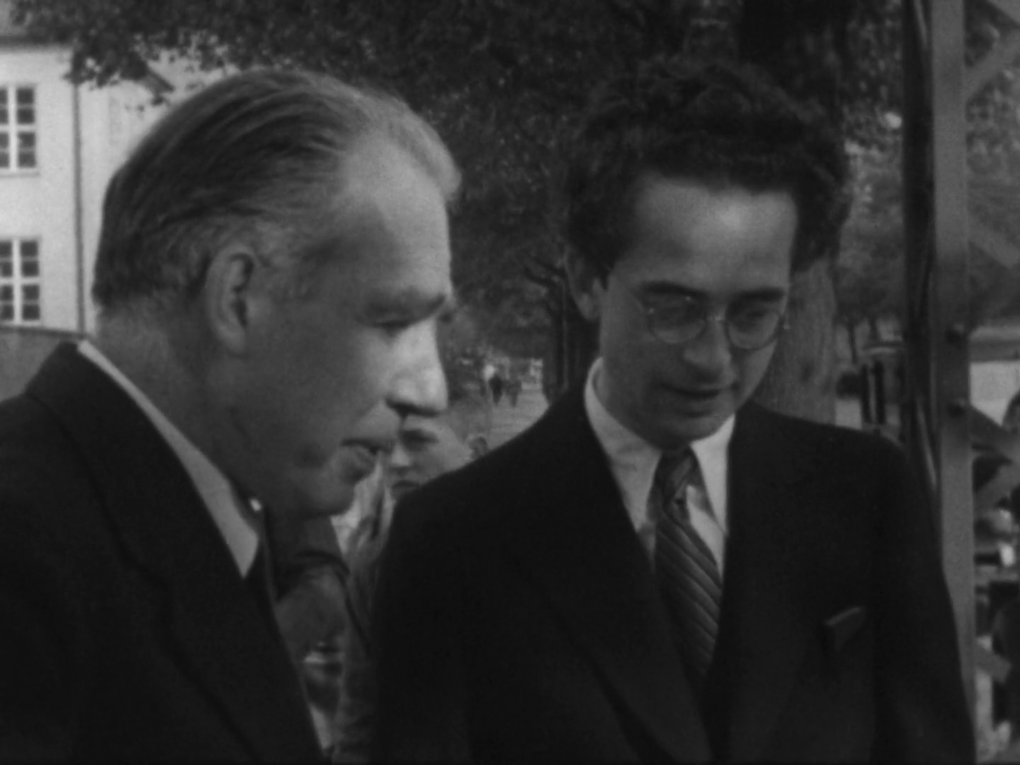 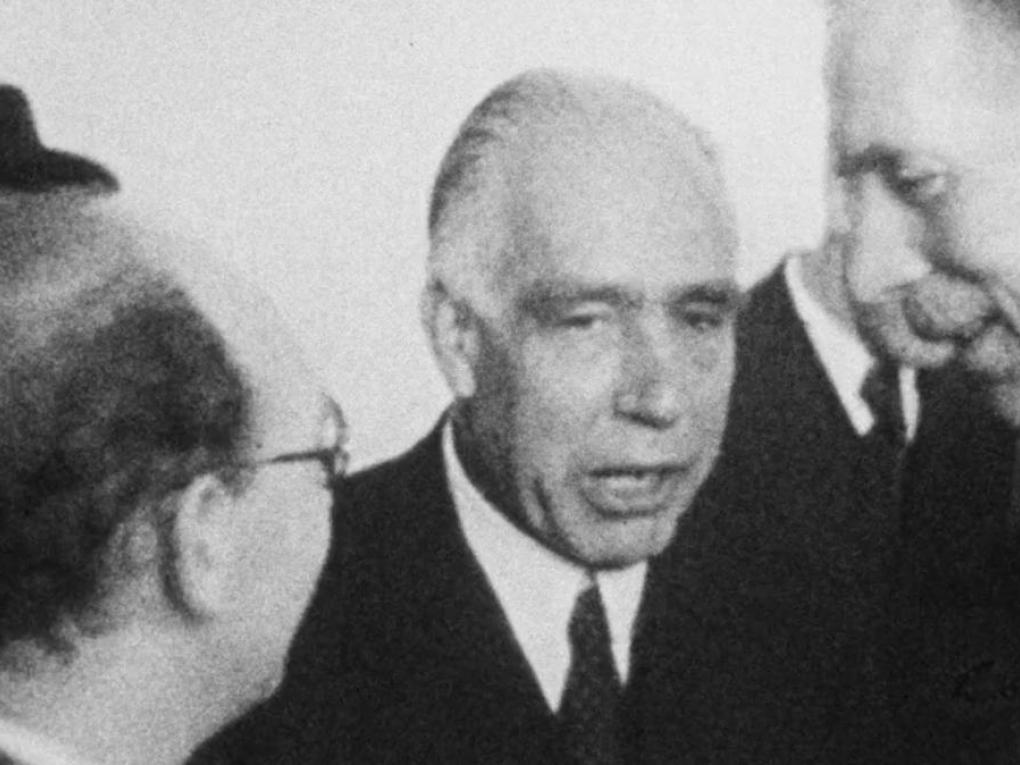 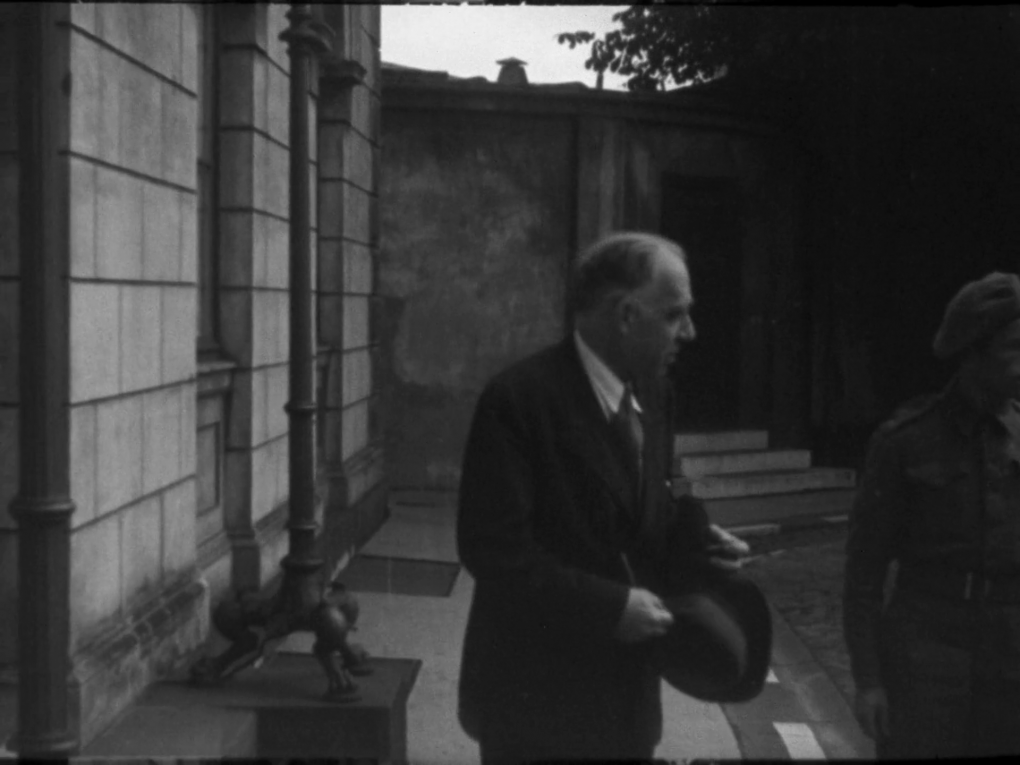 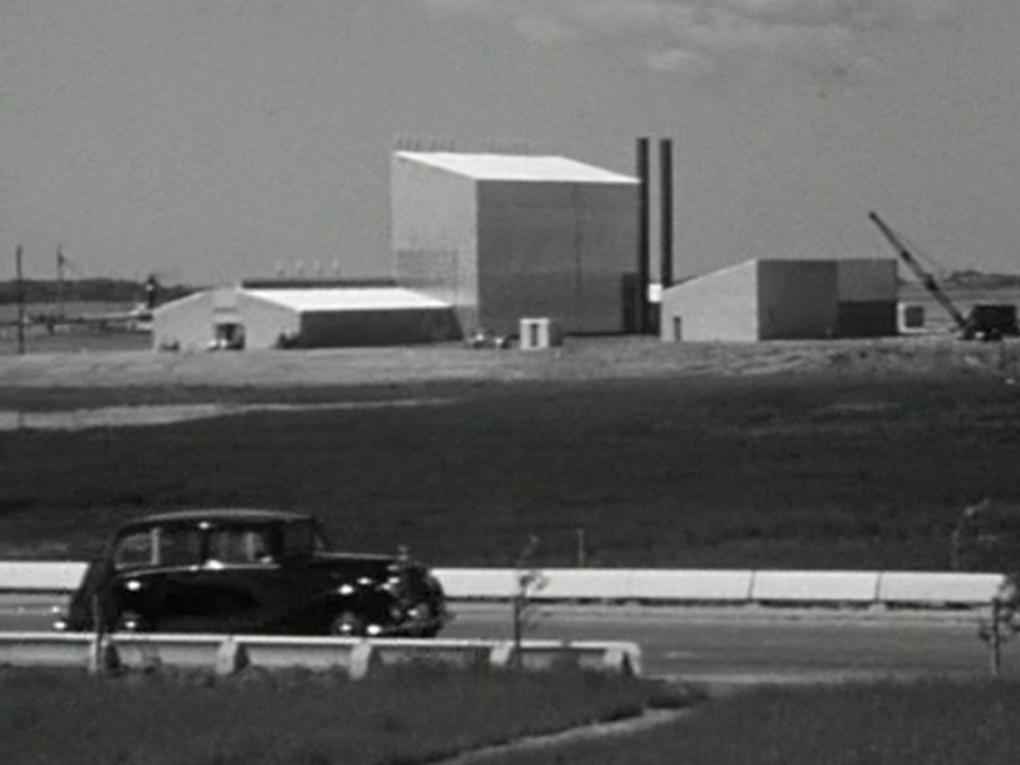 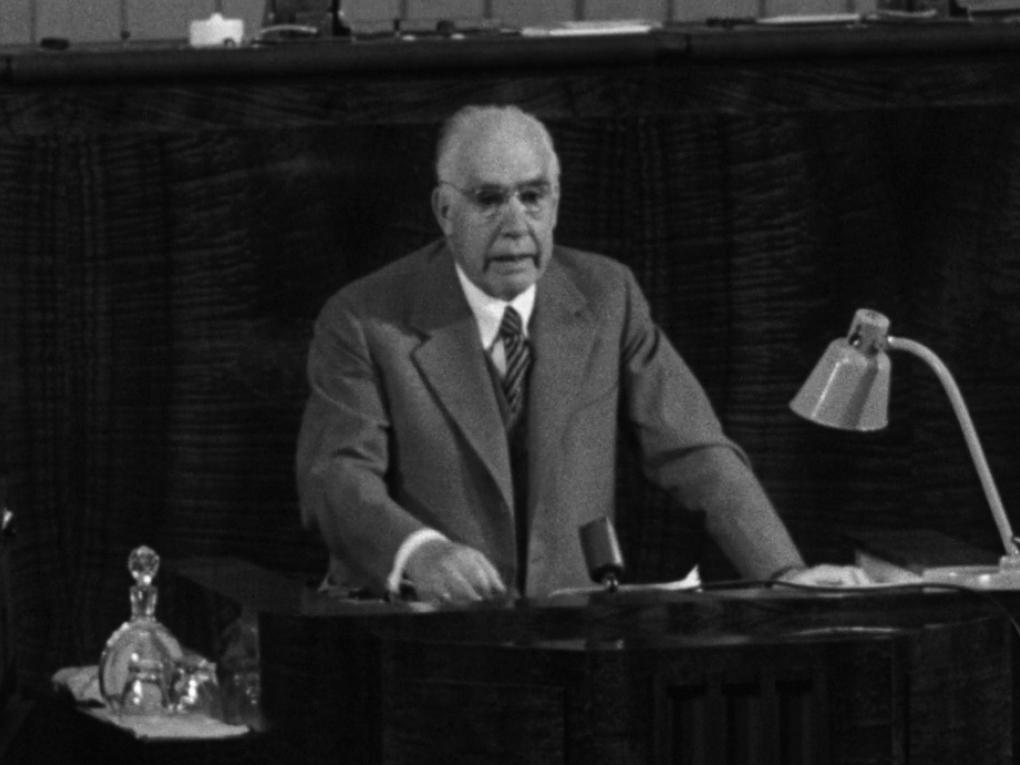 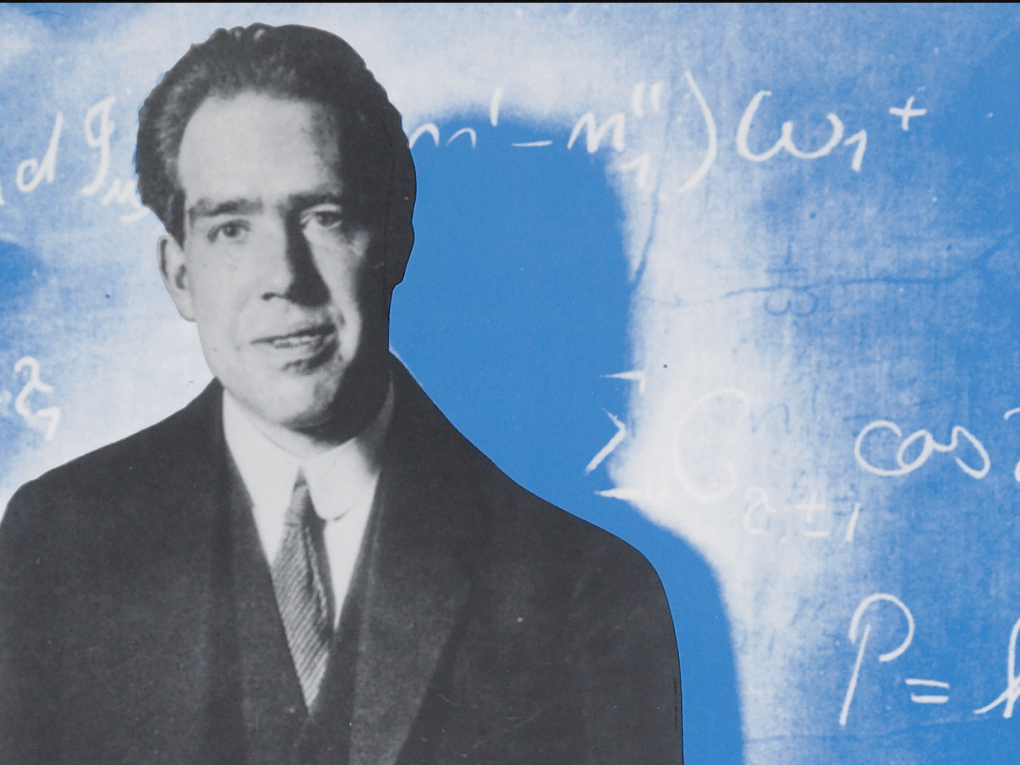 This is the first international film portrait of the Danish physicist Niels Bohr (1885-1962), one of the greatest… 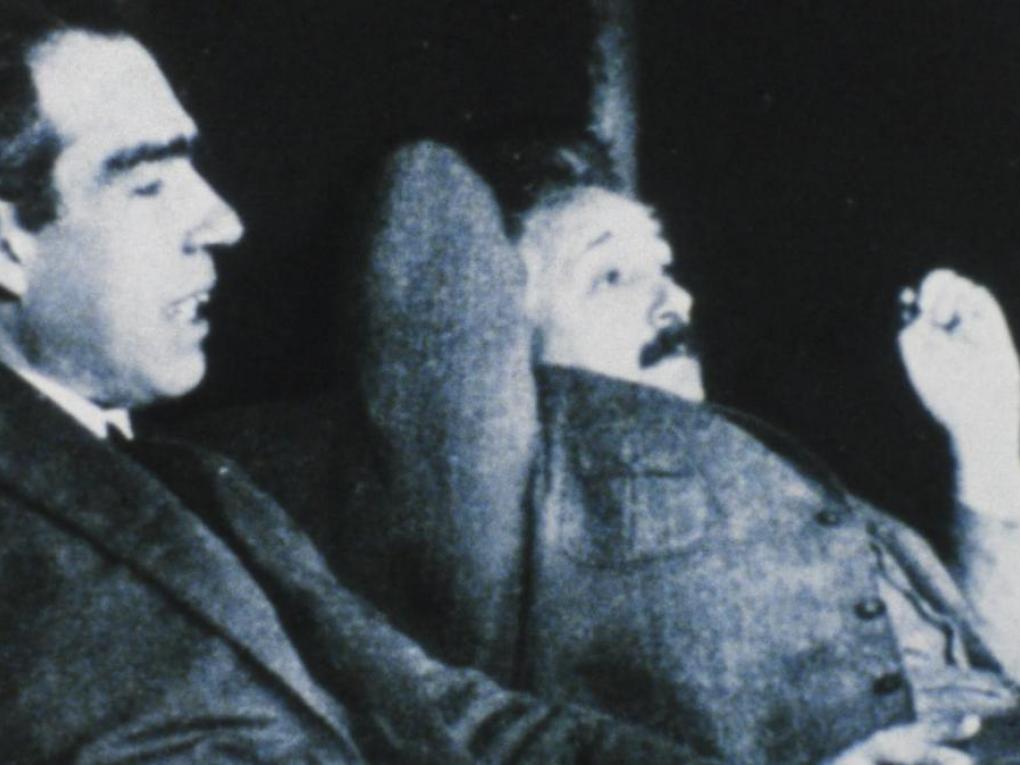 Einstein and Bohr's last dispute about the world picture of quantum physics. Many years later, it was finally settled…

The smallest building blocks of existence

Some of the most groundbreaking scientific discoveries were made in the first half of the 20th century by the world’s leading nuclear scientists such as Max Planck and Albert Einstein. Among those who spearheaded nuclear science was Niels Bohr, who had set out to understand and describe the structure of the atom. This was a task of staggering importance, because the entire physical existence which surrounds us consists of atoms. That is why “to know the structure of the atom is to master the great forces of nature”, as Bohr formulated it.

Disassembling things into their smallest components when you want to understand something is a well-tested scientific method. But how do you disassemble something that can’t be seen, something so small that even the most powerful microscope seems to be a dud? A pinhead consists of at least 100 trillion atoms. If you were to roll out the head of a pin to the same the thickness as an atom, it would reach around the globe 600 times. Børge Høst explains this in his film about modern atomic research, A New Reality – Niels Bohr and the Atomic Age (1963 - in Danish only), dedicated to Niels Bohr.

Thinking aloud and discussing together

In Ole John’s portrait film Niels Bohr (1985), several of Bohr’s former colleagues hang out in the free, playful and almost jokey atmosphere which prevailed among young researchers from all over the world at the Department of Theoretical Physics, University of Copenhagen – since 1965 known as The Niels Bohr Institute under Bohr’s leadership. He typically chose a younger colleague to be his interlocutor for the day. One of the conversations continued into the evening, when Bohr pursued a thought all the way to the tram that was supposed to take him home to his honorary residence at Carlsberg. His interlocutor wasn’t going to take the tram, but Bohr’s talk continued regardless of the tram’s timetable or of his younger colleague, who was standing in the street at the stop. And what did the tram driver do? He politely waited to leave the stop until the great researcher had followed his thought through and rounded off the conversation before boarding.

Perhaps the fluidity of his speech arose from the fact that Bohr, in his search for knowledge, learned that language didn’t really work. Not only did he struggle to grasp the new field of research using the power of thought, he also struggled to find words which could capture what no one had described before him. You can sense Bohr’s tinkering with language in Jens Henriksen’s unique film Niels Bohr (1952 - in Danish only), where he takes stock of his life and research in a long soliloquy. Here he speaks with a gentle, subdued, almost melancholic voice directly to the camera in long, slightly woven sentences, as if he were constantly searching for the exact wording.

In addition to telling the story of Bohr’s great scientific achievements, the films also present dilemmas and contradictions within his personality, life and research. Bohr was a great man with an extremely modest, almost humble appearance, who year after year passionately pursued his thoughts and realisations to achieve great results. He was a playful and informal leader of a research environment whose focal point is characterised by the utmost seriousness – and without Bohr’s research there would have been no atomic bomb, the use of which he spent half of his life fighting to prevent. He advocated the principle of complementarity, which is based on the fact, that in certain contexts one has to come to terms with two mutually contradictory explanations for one and the same phenomenon in order to achieve a comprehensive description.

All these opposites were embedded in Bohr’s scientific and philosophical thinking, which he so beautifully displayed by choosing Yin & Yang – the complementary opposites in perfect harmony – as the symbol of his coat of arms.