The streaming site danmarkpaafilm.dk was launched in 2015 and has won awards for its work in making Denmark’s documentary and short film heritage available to a domestic audience.

However, an important element in Denmark’s documentary tradition has always been films made for foreign markets. Informational films in English and other world languages were understood to have a crucial role to play in promoting Denmark to the world as a modern, democratic and progressive nation.

In 'Welcome to Denmark', we have gathered a selection of these English-language films to give an overview of the kinds of topics such films presented to the world. Most were made expressly for a foreign audience, but often not for well-defined purposes. If a film about Danish design promoted sales of silverware or bacon in the US, that was a good thing, but the concrete effects of the films were not measured as such. Rather, making informational films for foreign audiences was an act of cultural diplomacy, a sharing of knowledge and culture with the world.

Read the rest of the article below the videos 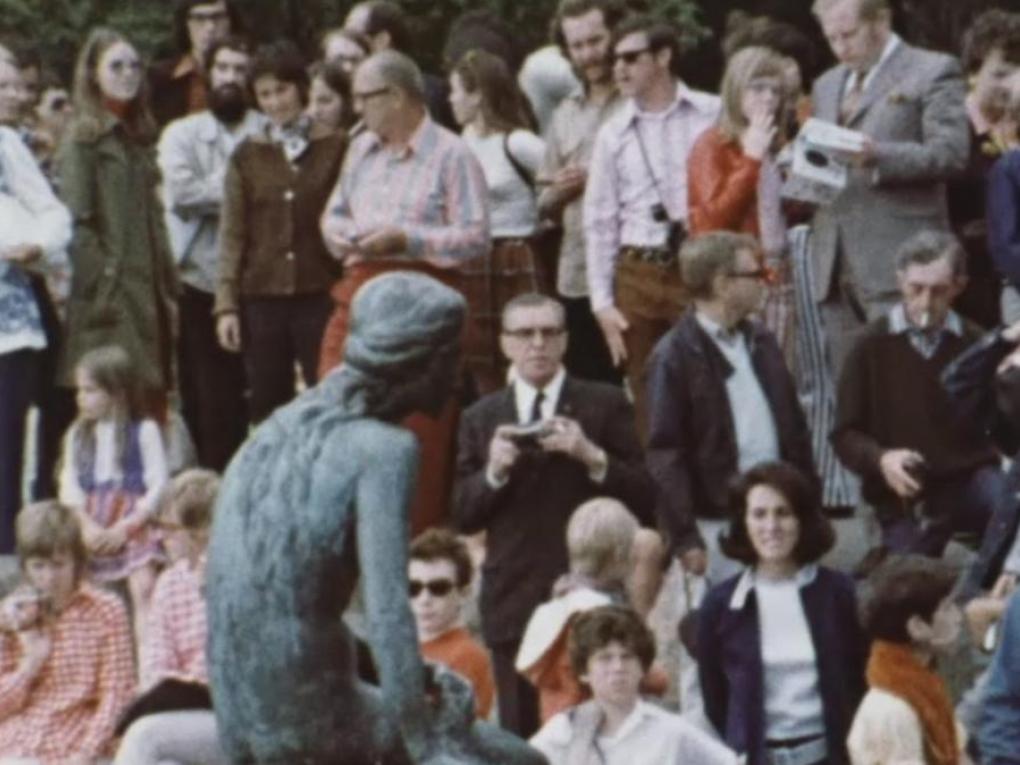 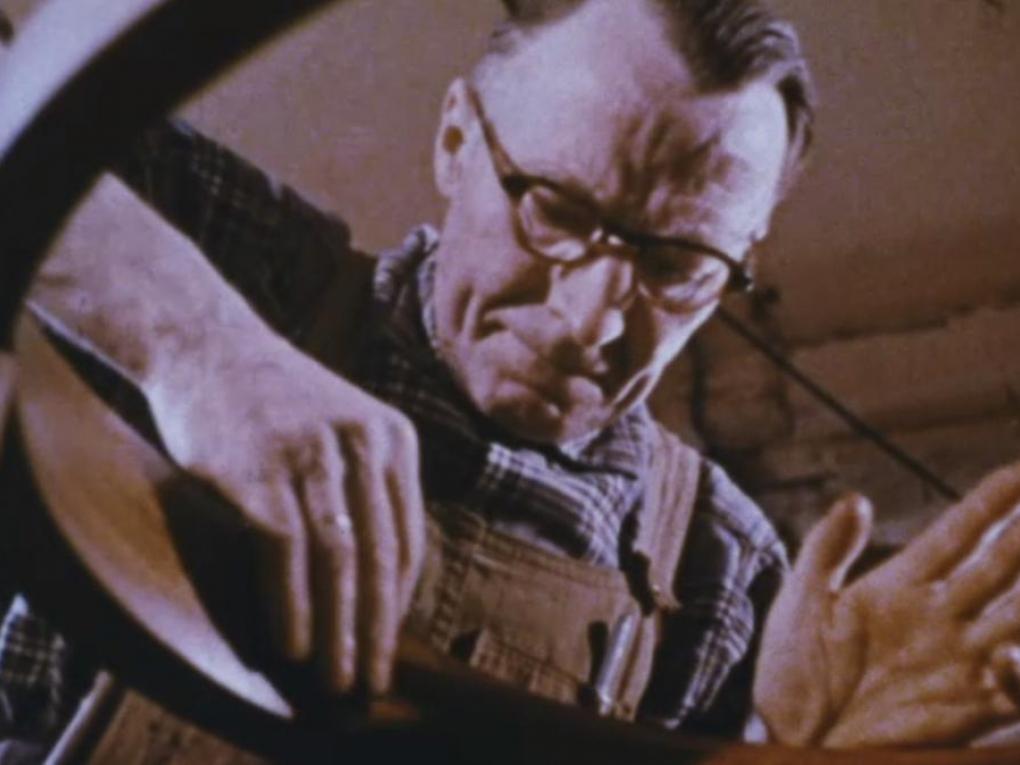 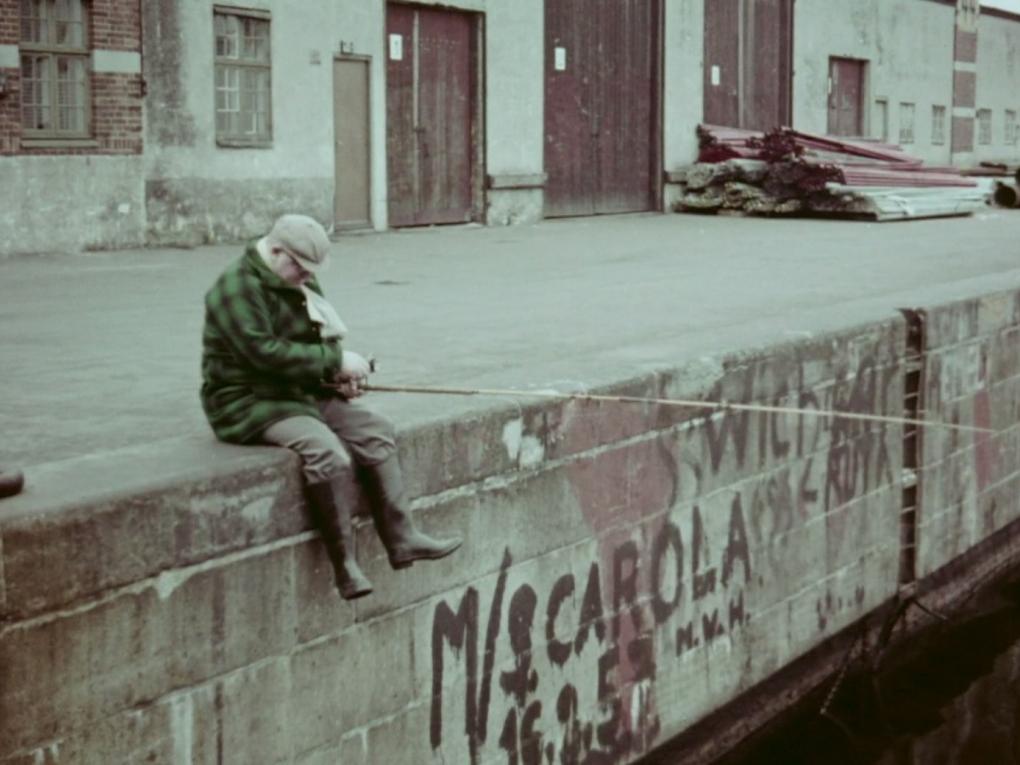 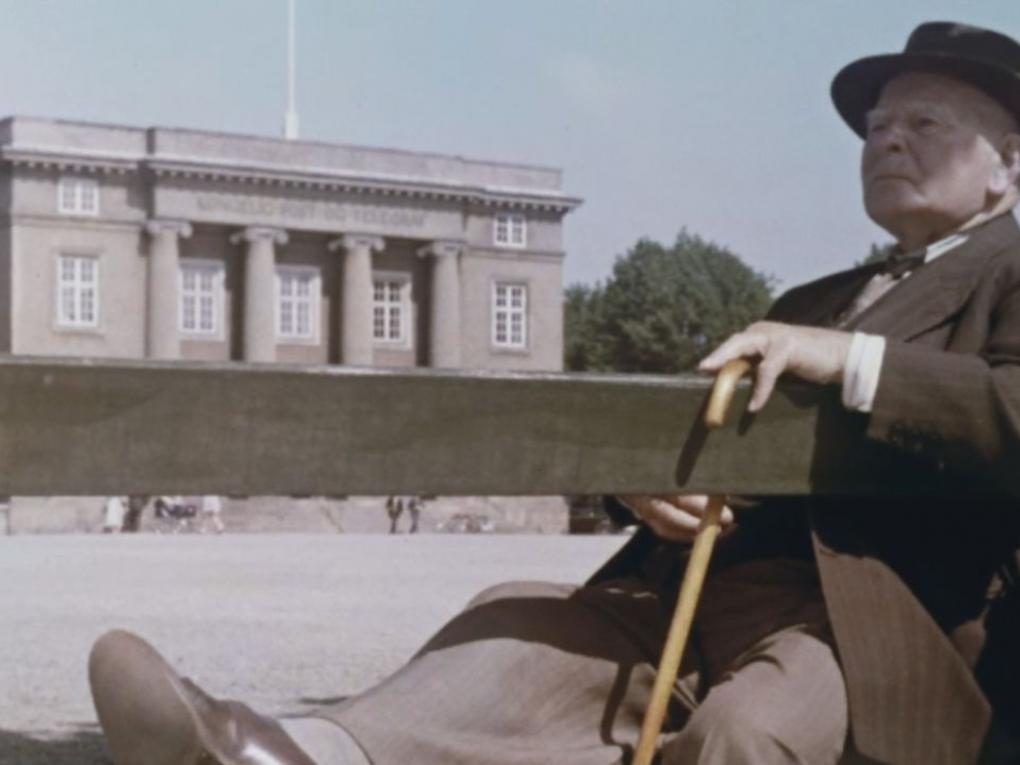 A brief and unpretentious presentation of Denmark and the Danes. The country's nature, the idyl, the industries,… 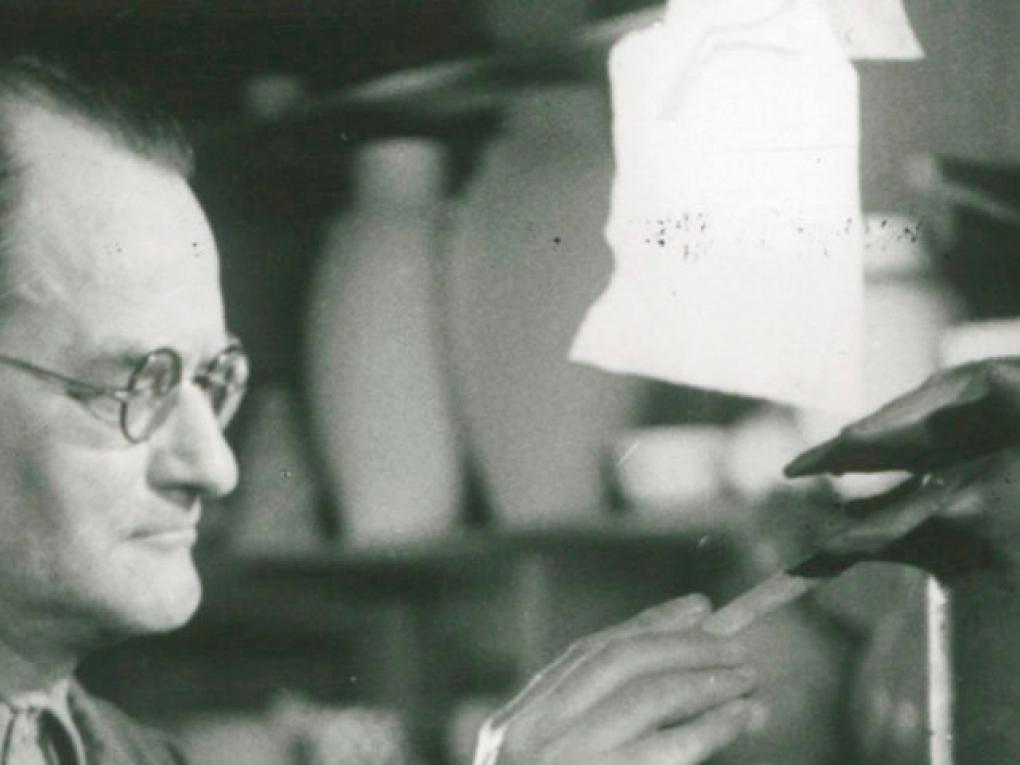 The purpose of this film is to give other countries some idea of applied art in Denmark. It touches on the porcelain… 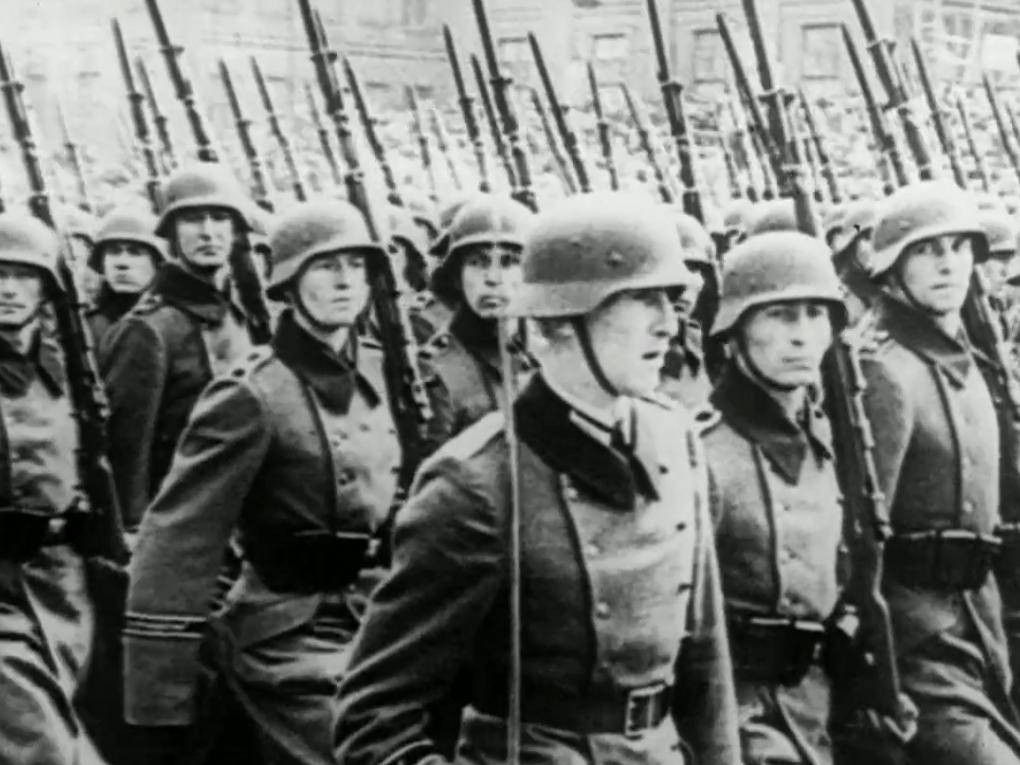 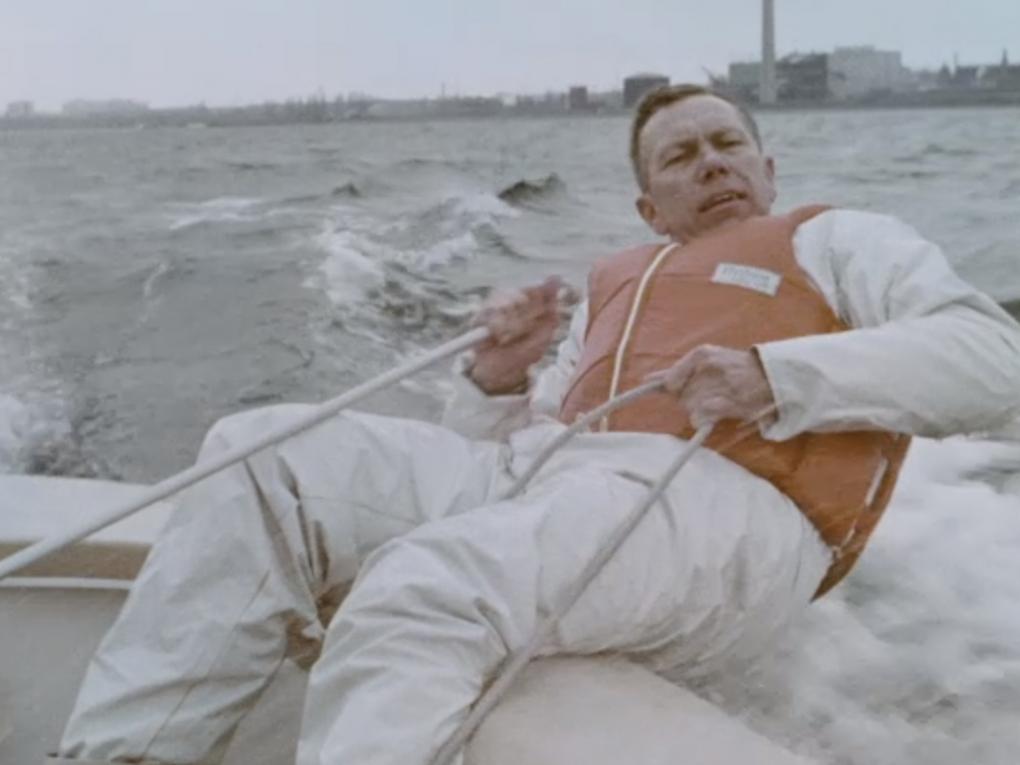 The Spirit of Sailing with Paul Elvstrøm

Sports is not necessarily competition, nor show or excercising. The great talent may first and foremost be seen as an…

The Spirit of Sailing with Paul Elvstrøm 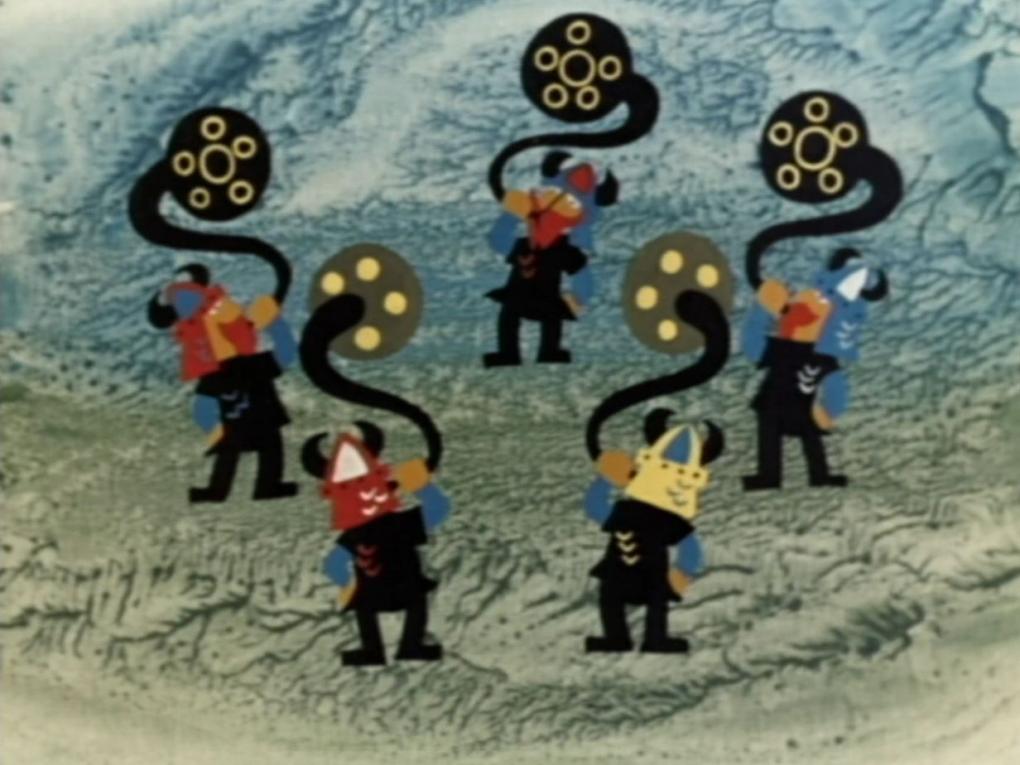 Somethin' about Scandinavia - as told by a Danish boy

A film about the Nordic countries and the possibilities for cooperating. Based on an idea by Danish film auteur Carl Th…

Somethin' about Scandinavia - as told by a Danish boy 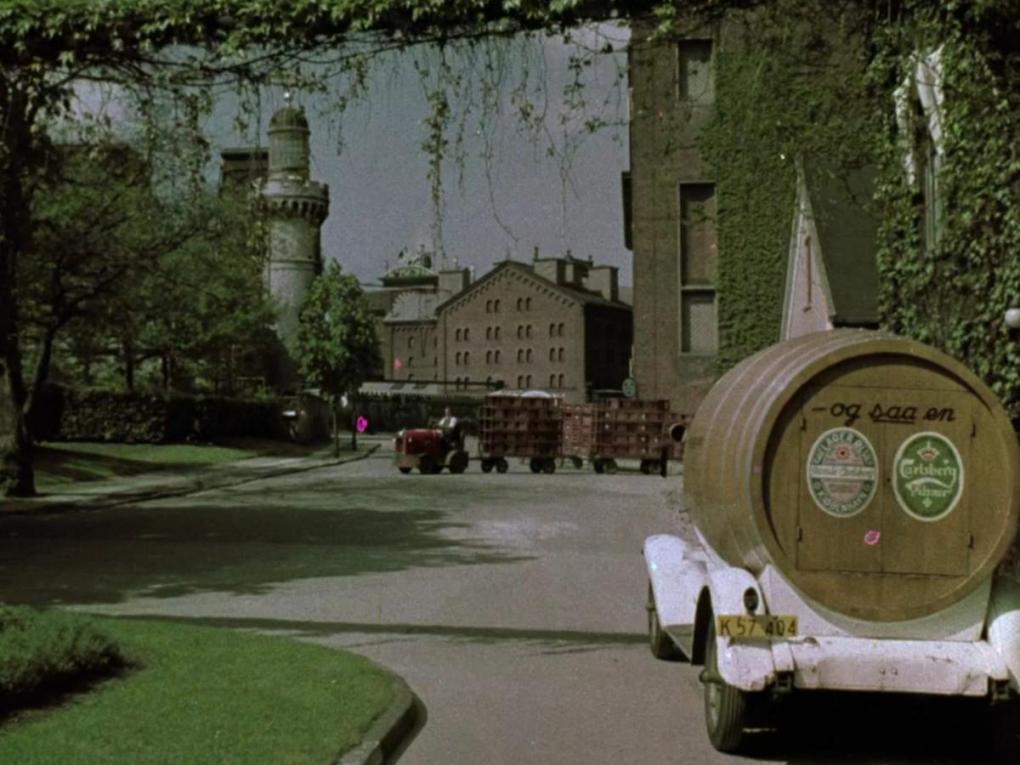 It all comes from beer

It all comes from beer 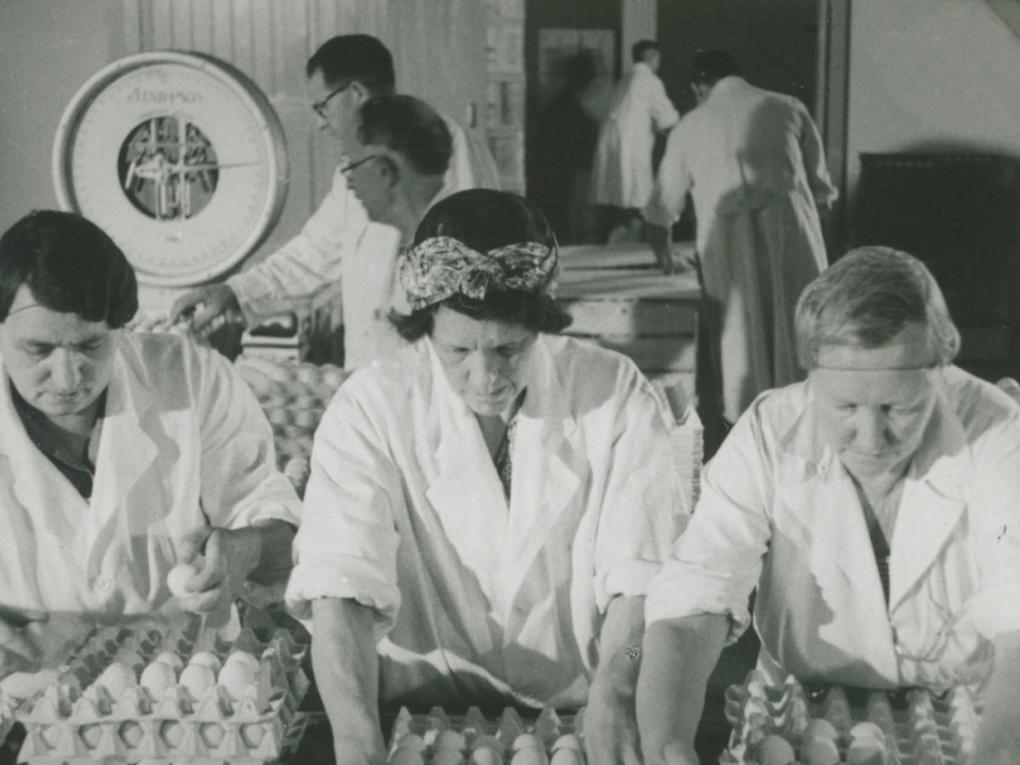 The Pattern of Co-Operation

The Pattern of Co-Operation 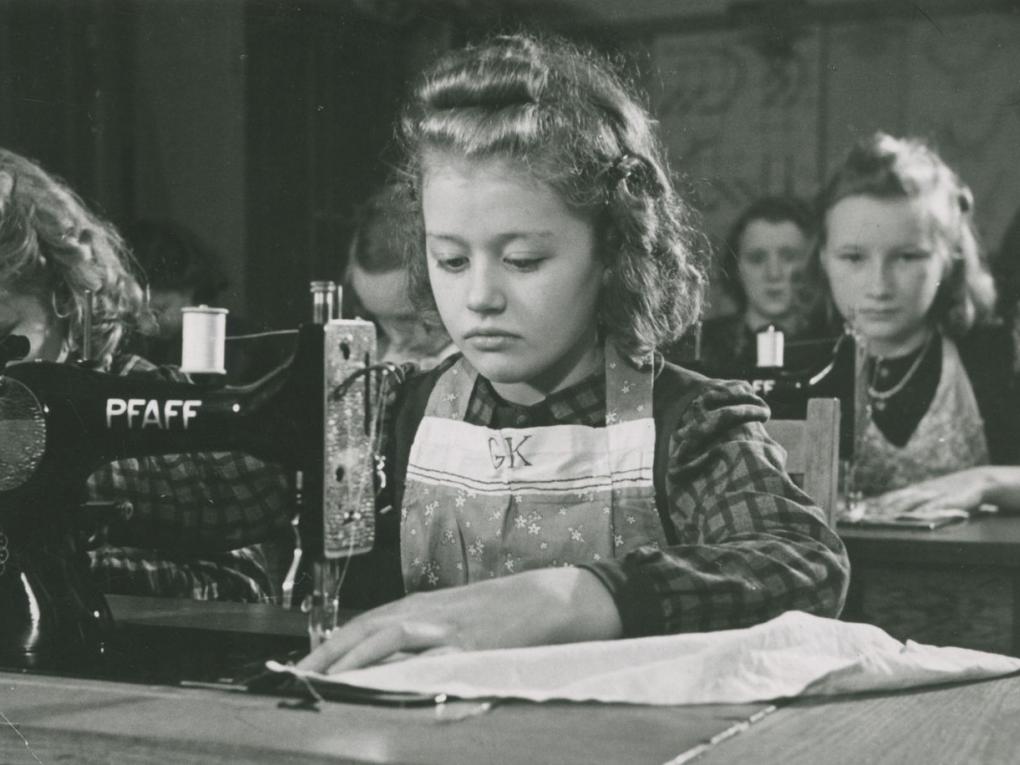 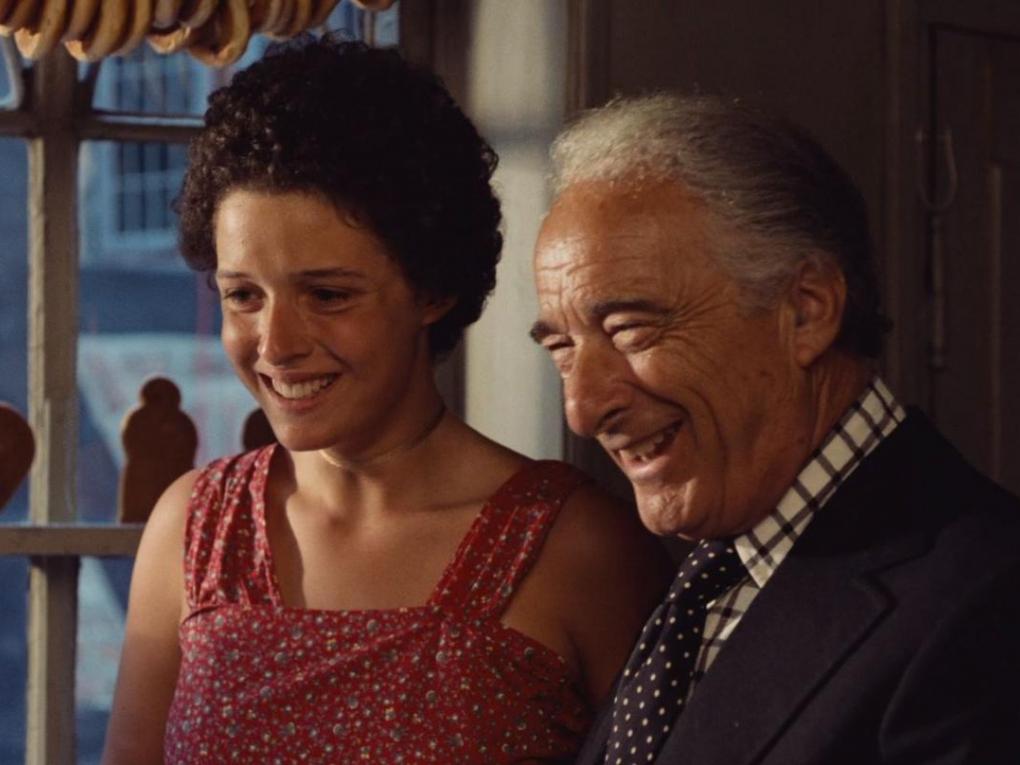 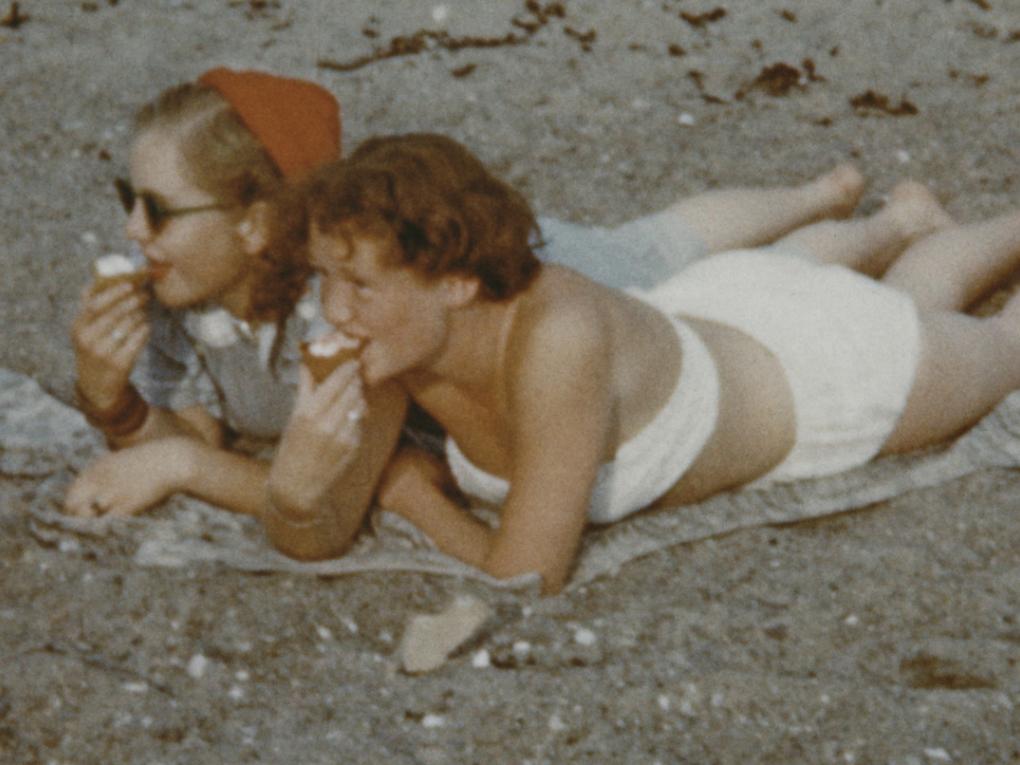 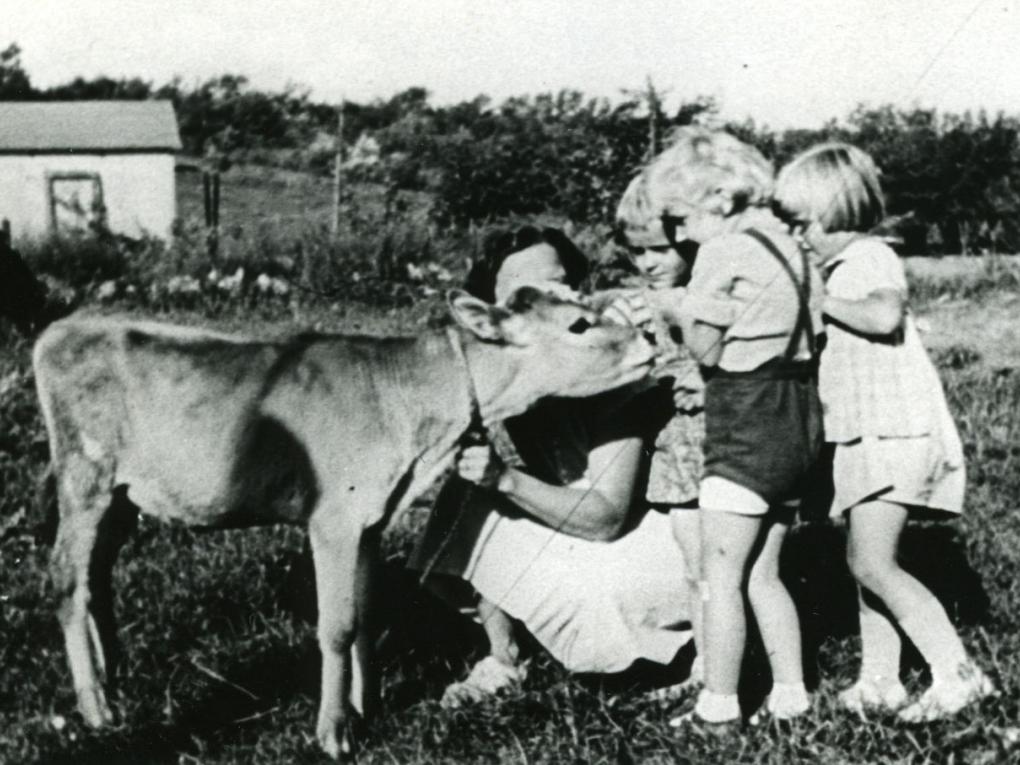 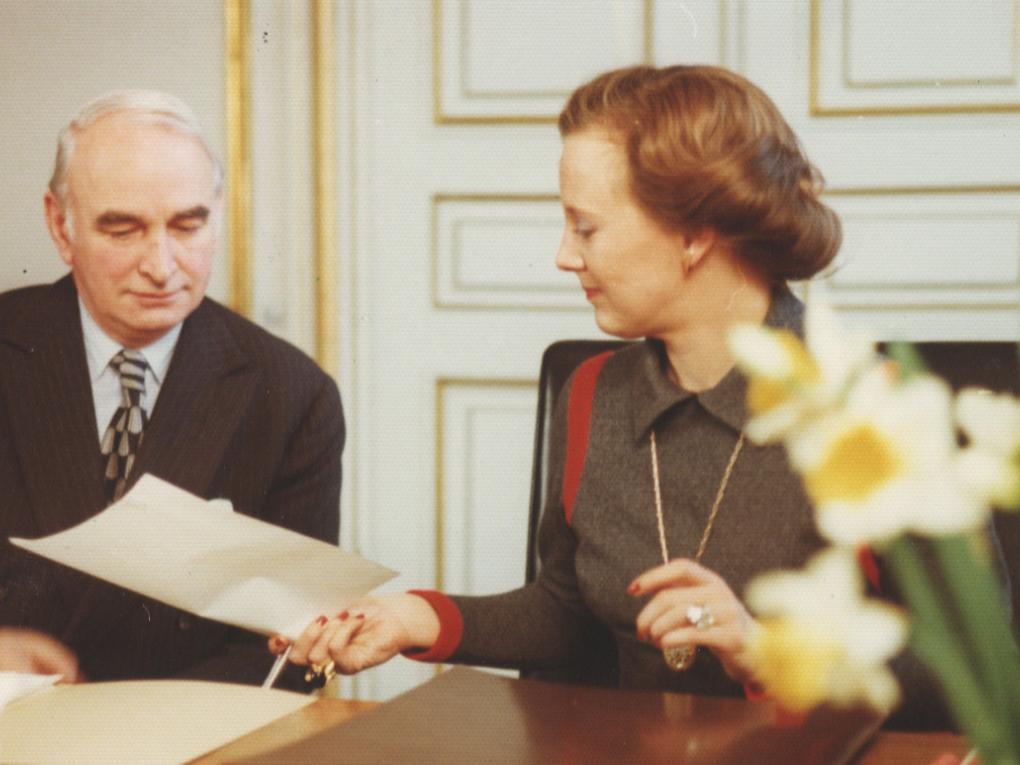 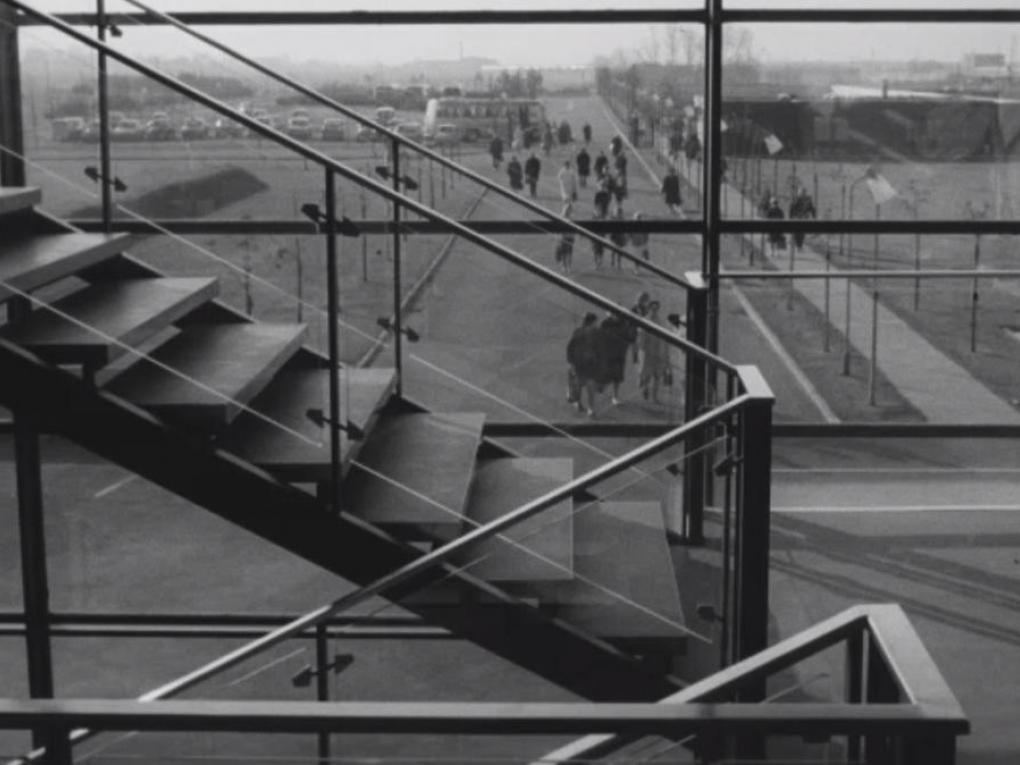 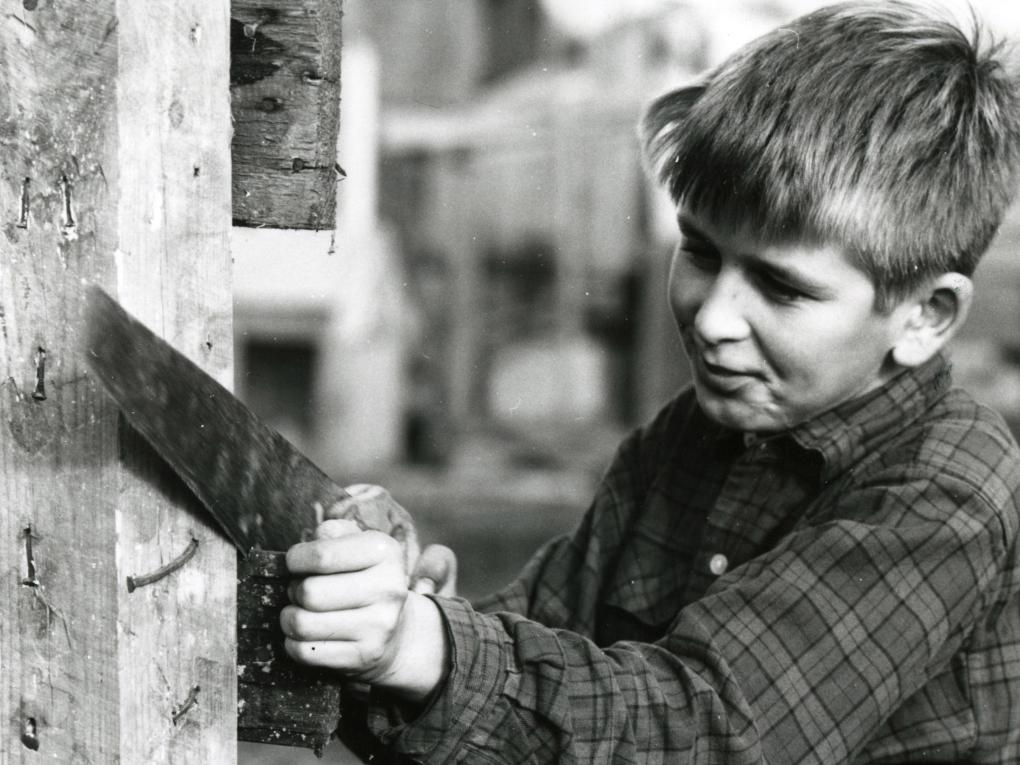 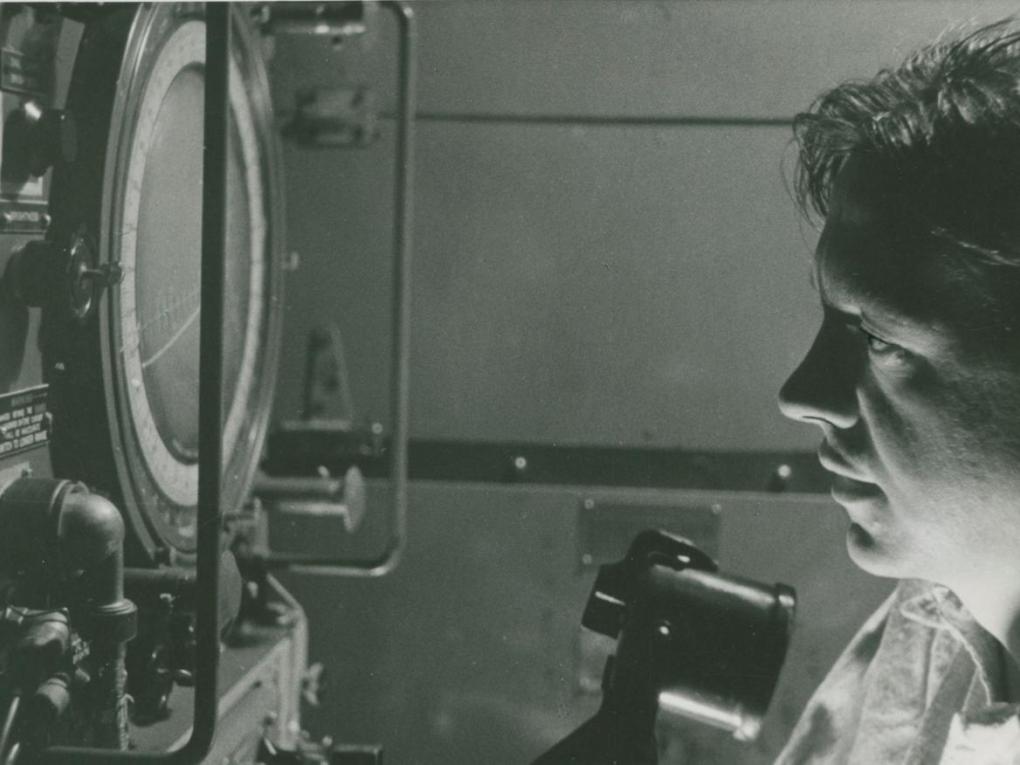 Denmark was occupied by Nazi Germany from April 1940 to May 1945. During the Second World War, there was significant overlap between the Danish documentary film scene and the Resistance. A batch of illegal footage provided by director Theodor Christensen and Minerva Film was passed to the Danish Ambassador in Washington. Det kæmpende Danmark ('Fighting Denmark') was patched together in the US Office of War Information and circulated in Scandinavia in the last years of the war. The same US institution edited a ten-minute English-language film, Denmark Fights for Freedom also from footage provided by Christensen. It premiered in London in October 1944 and was reported to have circulated via newsreels in 6000 copies in twenty-six countries. These two shorts amply demonstrated the potential of documentary film to disseminate the image of Denmark as a democratic land bravely fighting for its liberty.

‘Back to normal’: this was the refrain in a 1948 catalogue published in English, listing one hundred Danish films that were available to promote to overseas audiences.
Denmark's first major post-war informational film project in English was the 'Social Denmark' series (1947). The British documentarist Sir Arthur Elton was invited to Copenhagen by the Government Film Committee in 1945 to advise on how to consolidate Danish documentary and develop its output for international audiences, particularly the UK. The result was a series of five short films about Denmark’s social welfare system. Two of the films are available with English voiceover on this site: Health for Denmark and Denmark Grows Up.

The 'Social Denmark' series was warmly received in Britain, not least by documentarist Basil Wright (co-director of the famous 'Night Mail' of 1936). He wrote:

“while it is true that Denmark has much to teach the world in the social field and that such films are bound to be good propaganda for Denmark as a result, it will be found that each of them shows a healthy attitude of discontent with the status quo and an atmosphere of self-criticism which gives them a real validity for social students in all other countries.”

Another important factor in the popularity of the 'Social Denmark' series was the decision to use exclusively English-language voiceover, rather than attempting to synchronise dialogue and meld Danish and English in the soundtrack. The principle of using voiceover, rather than alienating the viewer with subtitles, became standard in informational films for export. Some of the films on this site were made in French, German, Spanish and even Finnish and Japanese versions, as well as English.

The one exception to the voiceover rule in the 'Social Denmark' series was Good Mothers, which was directed by none other than Carl Th. Dreyer, the great Danish auteur. Short of work and money, Dreyer was involved in around a dozen state-sponsored short informational films during the 1940s, all of which can be viewed on the DFI’s site Carl Th. Dreyer: The Man and his Work. In 1947, Dreyer was all the rage amongst British cinephiles, and so his involvement in 'Social Denmark' acted as a kind of carrier wave for the series. Aside from 'Good Mothers', Dreyer wrote the screenplay for the fifth 'Social Denmark' film, The Seventh Age, a charming exploration of a Copenhagen sheltered housing block for pensioners, and the lives of some of its residents.

One of the most widely-travelled films was Shaped by Danish Hands (1947). This film travelled across North America in the early 1950s as part of a major exhibition on ‘Scandinavian Design’, and was screened there on television, too. Directed by the artistically ambitious Hagen Hasselbalch, this is a very sensual film, full of hands at work. It is worth watching all the way to the end, when a stop-motion bowl takes shape of its own accord before our eyes. A few years later, Hasselbalch made a sequel: 'D…for Design!' Though only available online in its Danish version (Her er mit hjem), 'D…for Design!' can be enjoyed for its gorgeous use of colour and dream-like sequences of the Danish countryside, as well as more lingering explorations of the best of the country’s design tradition.

Though focusing on the more prosaic exports of bacon and butter, Theodor Christensen’s 1952 film The Pattern of Co-operation is also a delight. Never have the whirling of butter churns, the inspection of pig carcasses, or the manufacture of soap been presented with such rhythm and verve. (For more information, read the article Beauty in Bacon: 'The Pattern of Co-operation' and the export of postwar Danish democracy by C. Claire Thomson and Mary Hilson).

Made the same year as 'The Pattern of Cooperation', the film with the most disarming of titles, It All Comes from Beer (1952), was commissioned by the famous Carlsberg company. The film is a kind of triptych, outlining the history of the company, and then its contributions to the world of science and the world of arts respectively.

Informational films are often commissioned to explain a new technology or law to the population, or to address some kind of collective anxiety. Innovation and anxiety both underpin Ingolf Boisen’s 1949 production, They Guide You Across. This film was made to reassure potential passengers on the new transatlantic flights operated by Scandinavian Airline Systems about all the complex mechanisms that were in place to keep them safe.

Another innovation in the Nordic region in the 1950s was the formation of the Nordic Council. The Danish Government Film Committee decided to devote some funds to making a short film that could explain the complexities of the new regional initiative both to Nordic citizens and to the world. Somethin’ about Scandinavia ('Noget om Norden') is a relatively rare example (for Danish state-sponsored film) of an animated short. The voiceover is performed by children, to enhance the sense of accessibility.

The recurring image of the Vikings sailing the northern seas still resonates in a handful of films made in the 1960s and 70s, each versionised into English, and each in its own way thematising the role of sailing and the sea in Danish life. The prosaically titled Introduction to Denmark (1961) is a straightforward tourist film in many ways. The film opens with the melancholic observation that ‘it's not easy to be a Dane’, and situates the nation as a land of island dwellers and seafarers.

Two films from around a decade later explore Denmark’s relation to the sea, each in its own fascinating way. 'The harbour' (1967) is a portrait of Hanstholm, ‘the green town upon the blue sea’, on the north-west coast of Jutland. The film catches the townspeople at a historical moment for which they have waited fifty years: the completion of a new harbour. Particularly resonant are the excursions into the coastal defences and bunkers built in the town by the German occupiers during the war; one of the structures is now a cinema.

The Olympic and World Champion yachtsman Paul Elvstrøm is dubbed as an upper-class Englishman in The Spirit of Sailing with Paul Elvstrøm, a contemplative affair which brings the viewer out onto the water with Elvstrøm in three different boats. This is a gentle, slow-moving and poetic piece of observational documentary that gives an intriguing glimpse into the world of competitive sailing.

Perhaps the high water mark of state-sponsored informational filmmaking in Denmark was the Oscar nomination, in the Short Subject category, for Jørgen Roos’ A City Called Copenhagen (1960). By turns acerbic, wistful, thoughtful and playful, this twenty-minute colour film catches the Danish capital at a moment of transformation – a rewarding film for anyone visiting contemporary Copenhagen.

Two alternative perspectives on Danish architecture and town planning are provided by shorts from later in the 1960s. Helge Ernst’s Huse (1967) [literally: ‘Houses’] explores and contextualises contemporary Danish architecture, connecting form to function. The film is just as interested in the play of light, lines and textures as it is in the people who live and work in the spaces examined, and in architecture as a concrete manifestation of the ethos of the welfare state.

Quite a different variant on town planning, but still deeply connected to a welfare society which appears here to be very foreign to the average British viewer, is The Junk Playground (1967). This documentary portrays a project that parcels out derelict land to Copenhagen children, allowing them to design and build huts and houses from scrap timber, keep rabbits and chickens, and learn life lessons about imagination, independence, collaboration, and the mating habits of their pets.

Another visually stunning and poignant film by Jørgen Roos rounds off the selection, bringing us full circle to the image of Denmark as a modern, democratic, progressive nation - just as the 'Social Denmark' project emphasised. The film in question is Monarchy and Democracy (1976), which centres on Queen Margrethe II, still quite new to the throne she had assumed four years earlier. The voiceover carefully explains the limitations of the Queen’s domestic political role, her importance for Denmark’s international diplomacy, and the tension between tradition and modernity that she and her forebears have negotiated. That the Queen herself never speaks to camera in 'Monarchy and Democracy' renders the final sequence more poignant: she slips out of the palace alone dressed in winter hat, coat and boots, and walks briskly, tailed by the camera, through the streets of Copenhagen. 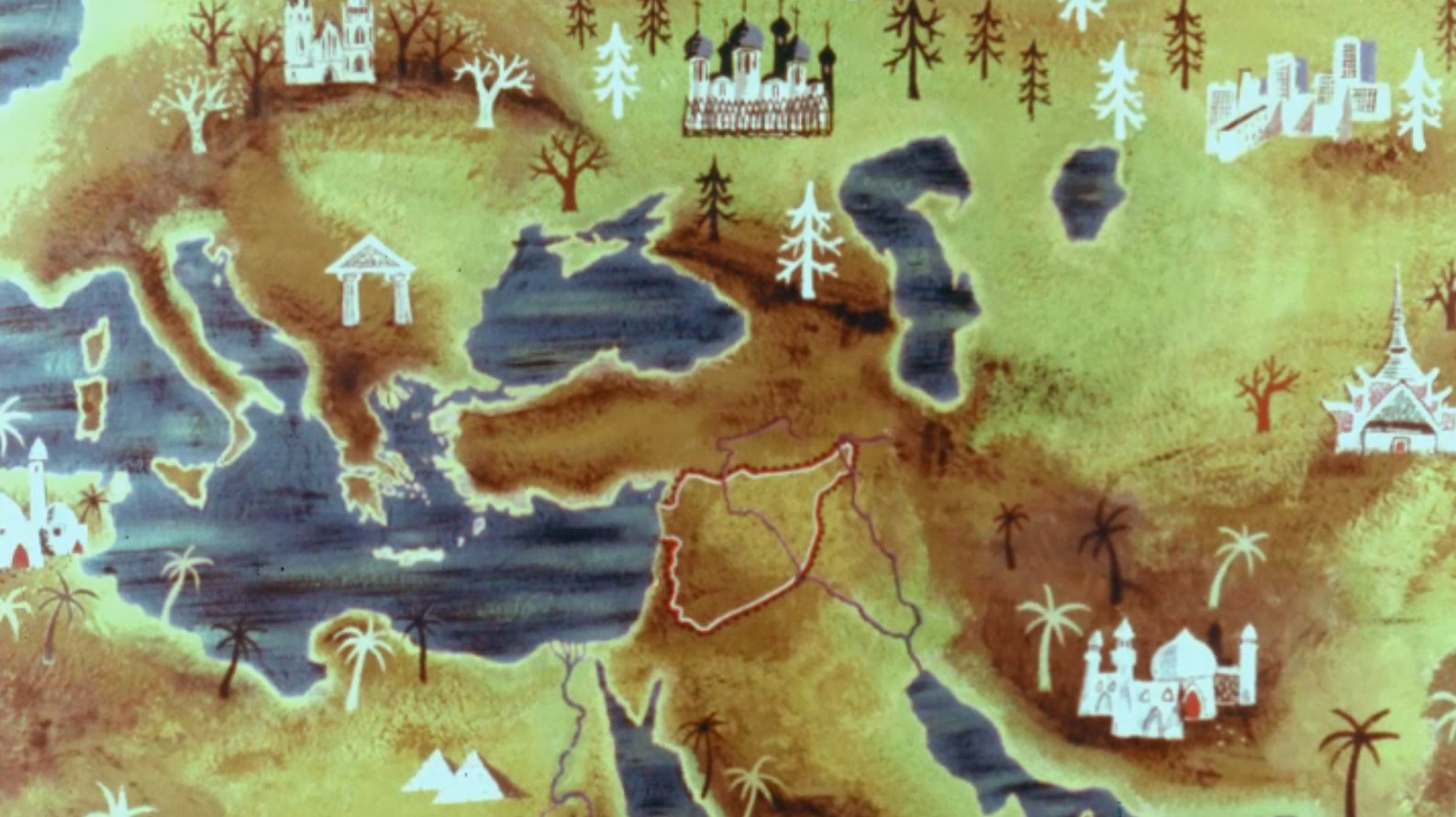 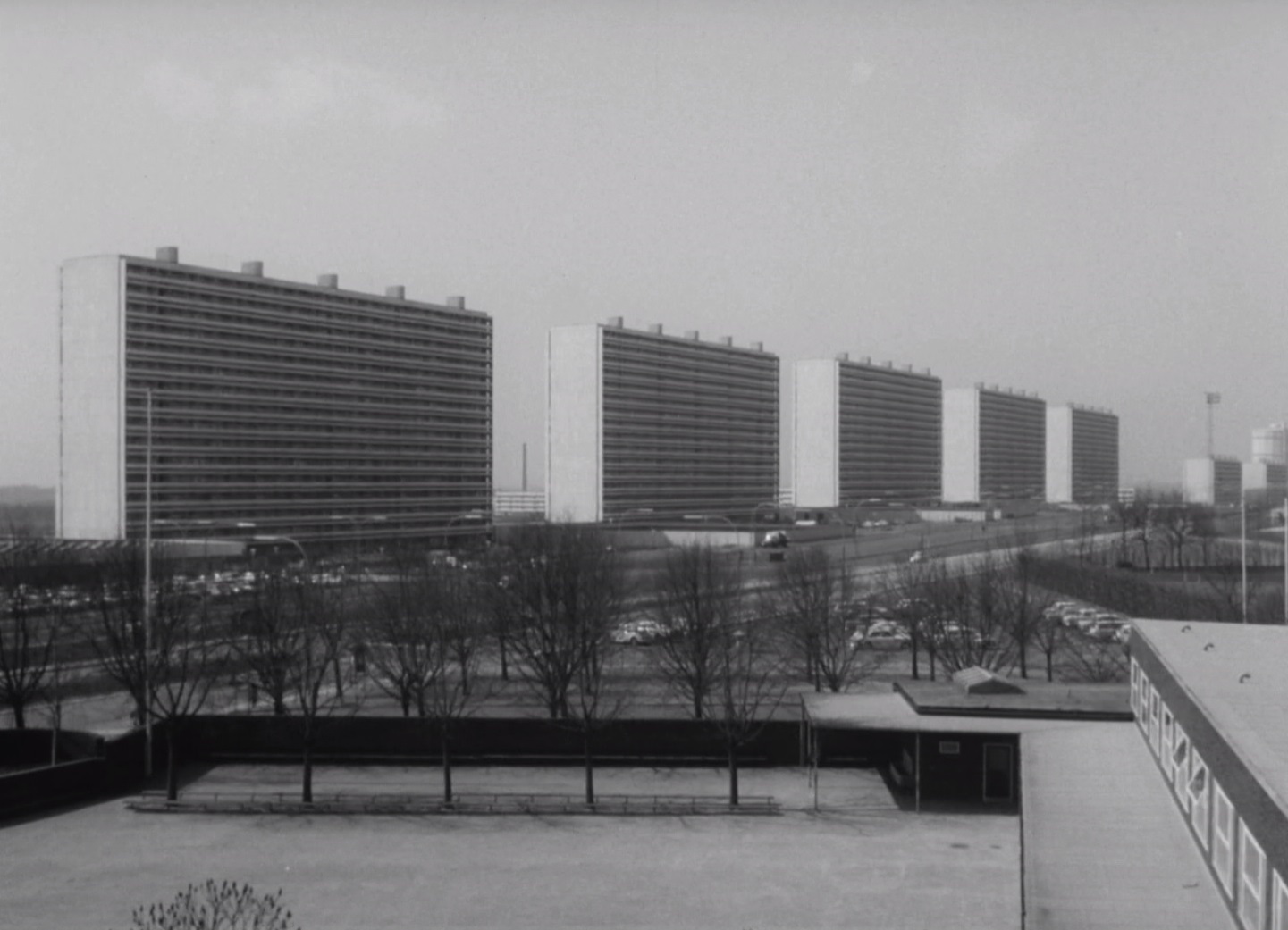 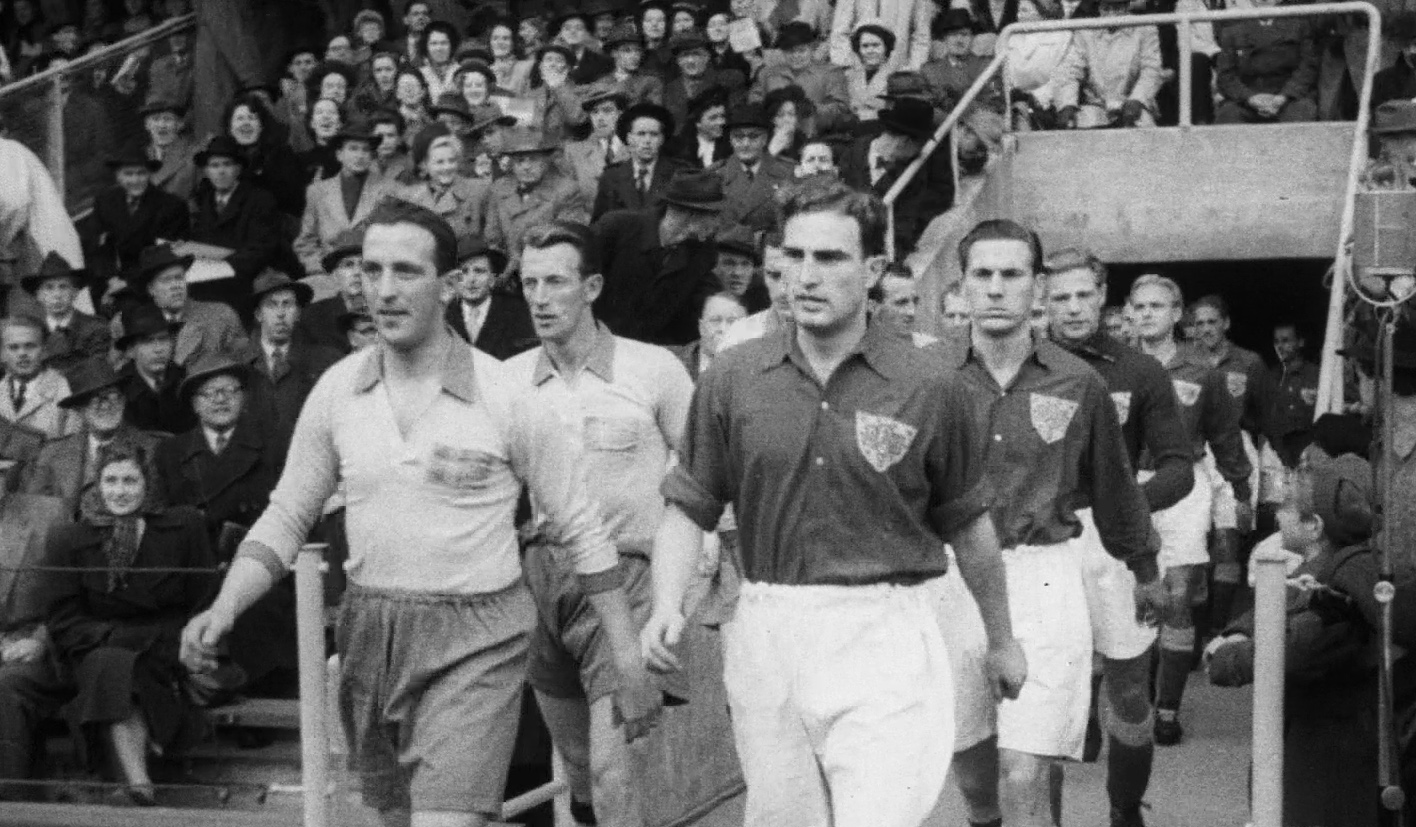